Caroline Shaw – Between the Acts

Last month the Ciompi Quartet generously and expertly performed Caroline Shaw’s “Entre’Acte” for the students and parents of the Mallarmé Youth Chamber Orchestra at the University of North Carolina. I have no preference for contemporary classical music, and indeed I’ve argued in these pages that jazz is the genuine classical music of the American twentieth century, but Shaw’s piece for string quartet seduced me with its sepulchral melody and odd pizzicato and muting techniques. I was plunged into thought. The piece feels meaningful and metaphorical, but what does it mean or metaphorize? One can report only what one sees in the ink blot. “Entre’Acte’s” recurrent motif is lovely with a sort of baroque loveliness and is the lovelier for seeming fragmentary, as if a vestige of some longer phrase, a half-drifted memory, a partial excavation from some lost or time-damaged score.

The piece, however, seems to fall away from even this fragmentary beauty, the motif’s rich tonality faltering as if unable to sustain itself and slipping into the whispery counterpoint of the pizzicato passages and the muted bow scratching, lending the piece the feel of a semi-dried flower…or for that matter a semi-dried civilization. The nostalgic aesthete discerns in this guttering tone color a general guttering, a slippage into desiccation and ash, something, in short, Eliotic:

In this decayed hole among the mountains
In the faint moonlight, the grass is singing
Over the tumbled graves, about the chapel
There is the empty chapel, only the wind’s home.
It has no windows, and the door swings,
Dry bones can harm no one.

I an old man,
A dull head among windy spaces.

Tenants of the house,
Thoughts of a dry brain in a dry season.

Shaw’s piece finds the tonality of these windy spaces, this dry season, this moonlit bone. Between what “acts”? Historical ones, I am afraid. It stands at the end of something. This is an art of the fin de siècle, the echo of empty rafters. The art of Anselm Kiefer has this same air of decrepit classicism, of abandoned space, of structure gone to wrack but formally beautiful in ruin: 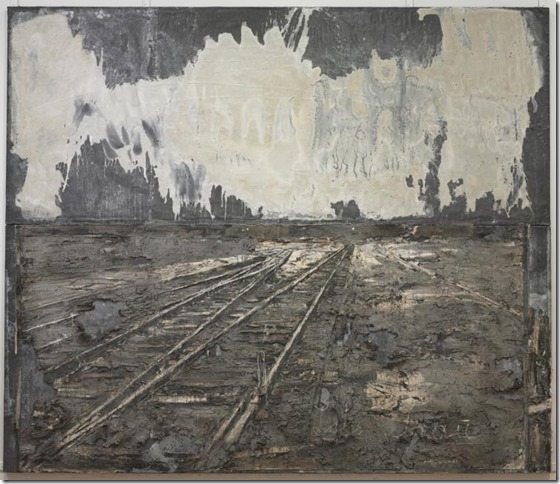 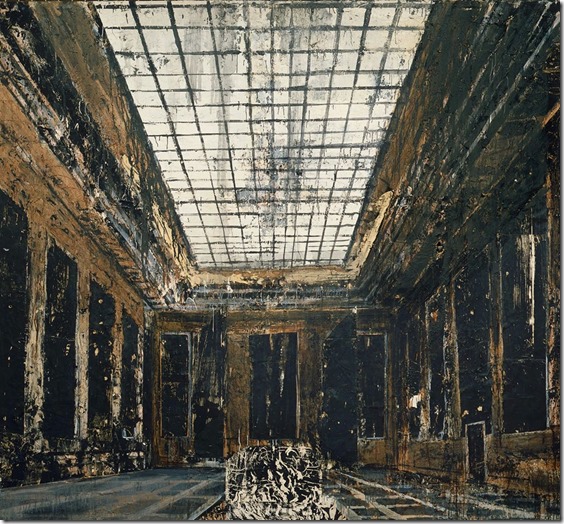 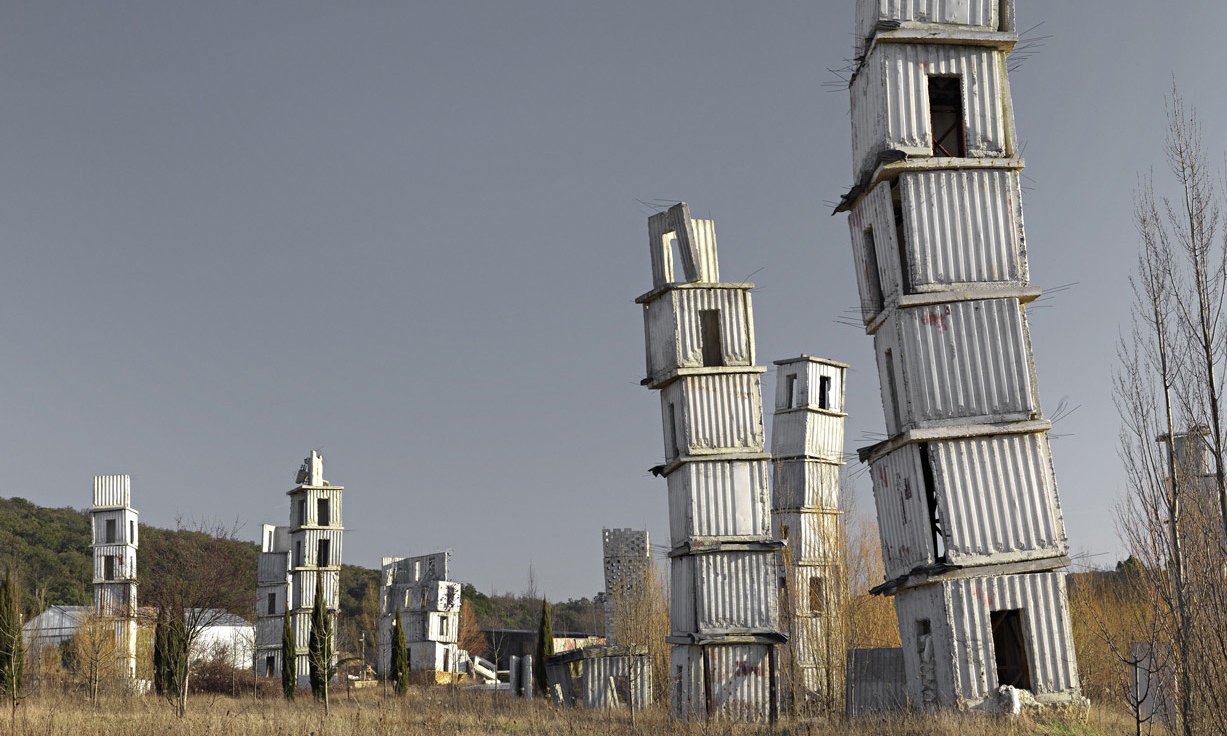 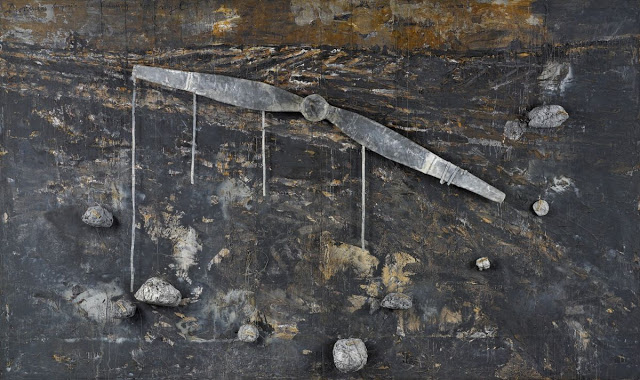 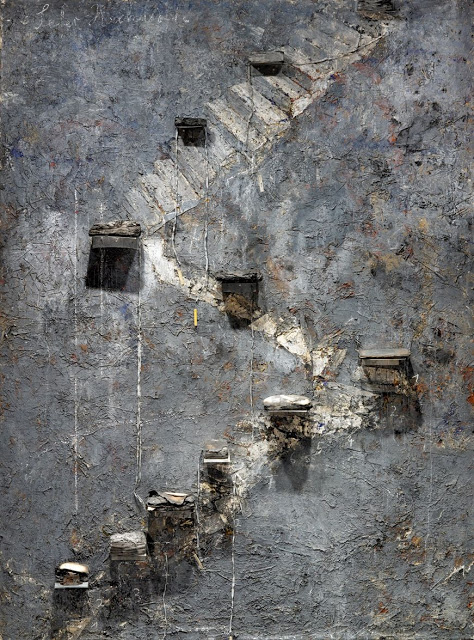 The people who hoot at the end of this video are repulsive: