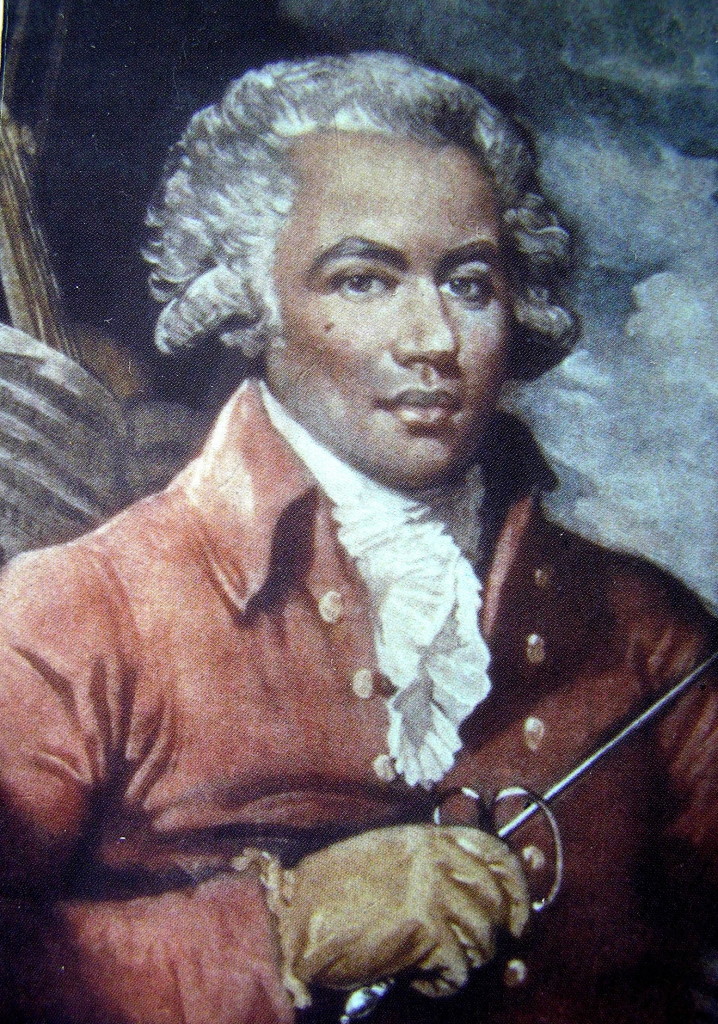 The music in the background of his portrait indicates his status as composer, conductor, and court musician.   He was sought out by Mozart.  He commissioned and conducted the premieres of Haydn’s Paris Symphonies.  He played and conducted at the court of Marie Antoinette, who was also a gifted and trained musician.

The painter could have put a baton in his hands; instead he painted a sword.  This superb musician was also an elite musketeer of the King’s Horse Guard, a master-swordsman and Europe’s fencing champion.

Joseph Boulogne, Chevalier de Saint-George, was born on Christmas day, 1745, on the French-Caribbean Island of Guadeloupe. His mother was a young Senegalese slave of remarkable beauty. 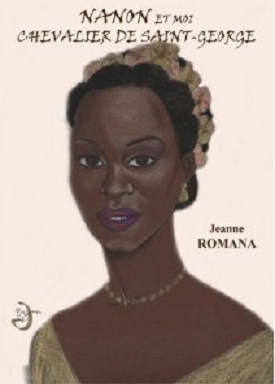 Jeanne Romana’s “Nanon et moi, Chevalier de Saint-George” is a fictional account of Nanon, the mother the Chevalier de Saint George (1745-1799), the composer and violin virtuoso who was called “Le Mozart Noir”, and the first black man to lead France’s most important orchestras.

Joseph’s father, George de Bologne Saint-George, was a wealthy sugar plantation owner and a former “Gentleman in the King’s Chamber” in the court of Louis XVI, King of France.  His father treated his liaison with the beautiful Nanon seriously; he treated her as a second wife and gave his son all the education and training of a young French nobleman.

In 1759, when Saint-George was 14, his father returned to Paris taking his legal wife and daughter as well as Nanon and the young Saint-George. The domestic situation of George Bologne seems to have been unconventional to say the least. Whatever the relationship he enjoyed with his legal wife it is rather amazing, given the rigid social etiquette of the class to which he belonged, that George should have brought his illegitimate son and his slave mistress to France at the same time as his wife.

All historic accounts indicate that George’s behavior was grounded in affection for Joseph and Nanon. Not only did George allow Joseph to use the family name–evidence that he acknowledged his paternity, which was unusual for slave owners–but he also paid large sums of money for the boy’s education. It is likely that Joseph gave signs of his precocious gifts at a very early age. Knowing that in the colonies this remarkable boy would be condemned to a life of humiliation and casual brutality, his father likely opted to bring him to France where he would have greater opportunities and suffer less overt prejudice.

Young Joseph, who became Le Chevalier de Saint-George, more than fulfilled all his father’s hopes for him. Saint-George grew to be the first black man to lead France’s most important orchestras. His musical compositions inspired Mozart, Haydn and Beethoven. As if that weren’t enough, Saint-George was also France’s finest fencer, a famed lover, and a General who led an army of 1000 black soldiers in the French Revolution – unprecedented in European history.

Despite his Herculean accomplishments, Saint-George – a man whose company was once fought over by royalty and great aristocrats – died alone, unmarried and destitute in 1799. The tragedy deepened: instead of being celebrated, in 1802 after the re-institution of slavery in France by Napoleon, Saint-George’s music was banned, and many of his scores were destroyed. 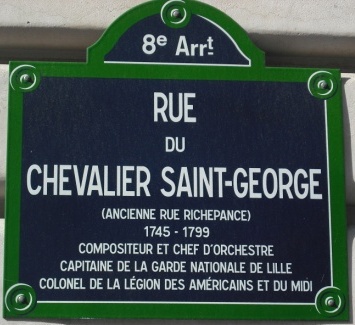 Yet, Saint-George lives. Like a Phoenix, two centuries later, the indomitable Chevalier has risen from the ashes as music lovers and historians have rediscovered him. In February 2002, the Mayor of Paris, Bertrand Delanoe renamed a street in the memory of the Chevalier de Saint-George, restoring his stature to one of a legendary statesman.

Enjoy the music of this truly amazing man: